Ready to run the Kwik-E-Mart and serve up some Buzz Cola and Squishees? Look no further than this guide on how to make an Apu Nahasapeemapetilon costume! Apu is an Indian-American character from the show The Simpsons, known for his ownership of the Kwik-E-Mart and his catchphrase “Thank you, come again!” With this guide, we will make it easy and fun for you to create an Apu costume that will have you ready to serve up some snacks and drinks.

Whether you’re dressing up for Halloween, a cosplay event, or just for fun, this guide will walk you through the process of putting together an Apu costume that’s sure to impress. So grab your Kwik-E-Mart shirt and let’s get started on creating the ultimate Apu Nahasapeemapetilon costume!

Apu Nahasapeemapetilon is a fictional character from the popular American animated television series, “The Simpsons.” He is the Indian-American owner and operator of the Kwik-E-Mart, a convenience store in the fictional town of Springfield. Apu is known for his thick accent and his role as the local businessman, and is often seen working behind the counter at the Kwik-E-Mart. He is also known for his large family and his various interests, such as being a classically trained musician and a cricket player. Throughout the series, Apu has been portrayed as a hardworking and ambitious individual, who is also deeply religious and devoted to his family. He is also known for his wit and sarcasm and his tendency to make jokes and puns. Apu has been a regular character on the show since the first season and has become one of the most recognizable characters on the show. 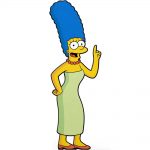 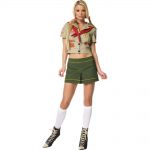