Astro Boy, also known as “Mighty Atom” is a beloved anime and manga character known for his unique robot design and powerful abilities. Making an Astro Boy costume can be a fun and exciting project for fans of the series.

The costume includes several key elements such as the iconic red and blue suit, the robot’s helmet, and other accessories. In this guide, we will walk you through the process of creating an Astro Boy costume, including tips on finding the right materials, patterns, and techniques to make it look as authentic as possible. Whether you’re planning to wear it to a cosplay event or just for fun, with a little creativity and hard work, you’ll be able to make a costume that will make you feel like the real Astro Boy.

Astro Boy is a Japanese manga and anime series created by Osamu Tezuka in the early 1950s. The story follows a powerful robot boy named Astro, who is created by a brilliant scientist named Dr. Tenma to replace his son who died in a car accident. Despite having superhuman powers, Astro struggles to find acceptance in a world where robots are treated as inferior beings. He becomes a hero, using his powers to help people and fight injustice, while also searching for his own identity and place in the world. The series is widely considered a classic of Japanese anime and manga and has had a significant influence on the development of the genre. 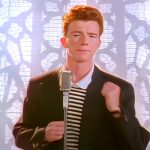