Looking to channel your inner mischief-maker? Then look no further than this guide on how to make a Bart Simpson costume! Bart, the eldest child of the Simpson family, is known for his love of pranks, skateboarding, and catchphrase “Eat My Shorts!” With this guide, we will make it easy and fun for you to create a Bart Simpson costume that will have you ready to cause some trouble (or at least look the part).

Whether you’re dressing up for Halloween, a cosplay event, or just for fun, this guide will walk you through the process of putting together a Bart Simpson costume that’s sure to impress. So grab your skateboard and let’s get started on creating the ultimate Bart Simpson costume!

Bart Simpson is a fictional character from the popular American animated television series, “The Simpsons.” He is the eldest child of Homer and Marge Simpson and the brother of Lisa and Maggie. Bart is known for his mischievous and rebellious behavior, and his love of practical jokes and pranks. He is often seen getting into trouble at home and school, and is known for his catchphrase “Eat my shorts.” Despite his mischievous nature, Bart is also known for his intelligence and resourcefulness. He is also shown to have a caring side and a strong bond with his family, especially with his father Homer. He is a popular and iconic character in the show and is considered one of the most recognizable figures in television history. He is also known for his love of skateboarding and his love of the comic book character Radioactive Man. 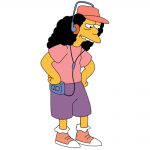 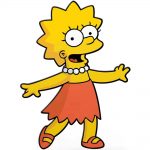