Bigfoot, also known as Sasquatch, is a mythical creature that has captured the imagination of people all over the world. With its mysterious origins and alleged habit of hiding in the forest, Bigfoot has become a popular subject of folklore and legend. If you’re a fan of this elusive beast, why not pay tribute by creating your own Bigfoot costume?

With a little bit of creativity and some basic materials, you can easily put together a Bigfoot costume that will make you the hit of any Halloween party or costume event. In this article, we’ll provide step-by-step instructions for making your own Bigfoot costume, as well as some tips and tricks for perfecting the look. So grab your fur and let’s get started!

Bigfoot, also known as Sasquatch, is a mythical creature that is said to inhabit forests, especially in the Pacific Northwest region of the United States and Canada. It is typically described as a large, ape-like creature with fur covering its body and a humanoid face. There have been numerous reported sightings of Bigfoot over the years, but there is no scientific evidence to support its existence. Some people believe that Bigfoot is a species of undiscovered primate, while others think it could be a hoax or a legend. Despite the lack of concrete evidence, the legend of Bigfoot continues to be popular and has inspired many books, movies, and television shows. 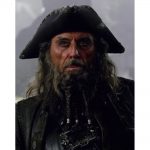 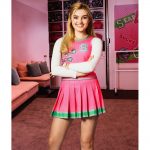