Welcome to our guide on how to make your own Bram Stoker’s Dracula costume inspired by the 1992 film adaptation directed by Francis Ford Coppola. If you’re a fan of the classic novel and want to dress up as the iconic vampire Count Dracula for Halloween or a themed event, or you’re participating in a play or cosplay, this guide will provide you with all the information you need to create your own Dracula costume.

The costume of Count Dracula in the 1992 movie adaptation is a combination of classic vampire elements and historical costume. The costume can be divided into several main elements: the outfit, the cape, the makeup, and the accessories. Each of these elements will be explained in detail in this guide, along with instructions on how to make or acquire them. Additionally, we will also provide tips on how to accessorize your costume to make it even more authentic.

Bram Stoker’s Dracula is a novel written by Bram Stoker and first published in 1897. The novel tells the story of Count Dracula, a vampire who seeks to move from Transylvania to England so that he may find new blood and spread the undead curse, and of the battle between Dracula and a small group of people led by Professor Abraham Van Helsing.

The novel is written in an epistolary format, using a collection of letters, diary entries, ship’s logs, and newspaper clippings to tell the story. The novel is one of the most famous vampire novels of all time and has been the basis for numerous adaptations in film, television, and stage productions.

The character of Count Dracula is one of the most iconic and recognizable figures in vampire literature, and has become synonymous with the vampire archetype. He is portrayed as a powerful and charismatic figure, who is also malevolent and dangerous. He is also associated with the vampire legend of Eastern Europe and the folklore of the vampire.

The novel also explores themes such as good vs. evil, the power of love and the struggle for survival. The novel is considered to be one of the best horror novels of all time, and it has greatly influenced the vampire genre in literature and popular culture. 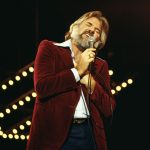 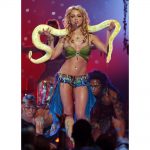