Are you a fan of Britney Spears and looking to dress up as the iconic Circus Ringleader for Halloween or a cosplay event? Look no further! With a few key pieces and some attention to detail, you can easily make your own Britney Spears – Circus costume also known as the Circus Ringmaster.

In this guide, we’ll show you how to put together a Circus Ringmaster costume inspired by Britney Spears’ Circus album and tour.

The album’s title and concept were heavily influenced by the theme of the circus, with Britney being referred to as the ringmaster and the album featuring circus and carnival influences in its sound and imagery. The album also features a mix of different genres, including pop, rock and R&B.

The album’s accompanying concert tour, the Circus Starring Britney Spears, was a worldwide tour that began in March 2009. The tour was a commercial success, grossing over $131 million.

Overall, Britney Spears’ Circus album and its accompanying tour were both commercial successes. The album featured circus and carnival influences in its sound and imagery and was promoted through several high-profile performances and television specials. The album debuted at number one on the US Billboard 200 and the tour grossed over $131 million. 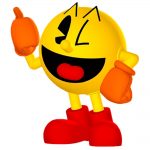 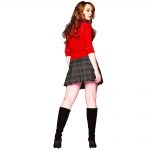