There are plenty of characters in Good Omens that would make a great costume. If you are looking for something a little different why not make your own Gabriel costume from Good Omens. This is a relatively simple and easy costume to make yourself.

There are two versions of a Gabriel costume that you can create. The first version requires little more than a simple grey suit with brown shoes and a few other items. As for the second version, this version requires the same suit. However, rather than wearing a necktie and shirt you will wear a turtleneck sweater and a long grey coat. Here is everything you will need to make both versions of this Gabriel costume from Good Omens 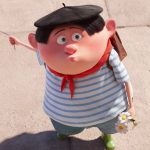 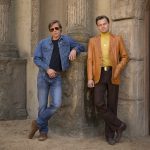