Are you ready to channel your inner glamour and bling at your next costume party? Look no further! With a few key pieces and some sparkly accessories, you can transform yourself into the ultimate gold digger costume.

Not only is this costume fun and easy to put together, but you’ll be the center of attention as you flaunt your “golden” style and attitude. Get ready to look fabulous and make a statement with this step-by-step guide to creating the ultimate gold digger costume.

A gold digger is a term used to describe a person, typically a woman, who is in a relationship primarily for financial gain. This person is often seen as using their charm and beauty to manipulate and financially exploit their partner. They are often characterized as materialistic and focused on accumulating wealth and luxury items rather than genuinely caring for their partner.

The term “gold digger” has its roots in the early 20th century, when it was used to describe women who sought out wealthy men to marry. However, in recent years, the term has been applied to both men and women who engage in such behavior.

It’s also important to remember that not all people who are attracted to successful partners are gold diggers. The key difference is the intent and the willingness to use the partner for their own benefit. 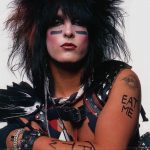 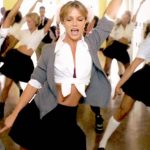