There are many variations of the Han Solo costume which you can make for the likes of fancy dress or halloween. For this Han Solo costume we will be working on replicating Han Solo’s clothes from Solo: A Star Wars Story.

A Han Solo costume can be made for a relatively price since only a few items of clothing and a couple of accessories are needed. Here is what you will need to make a Han Solo costume. 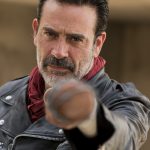