Kenny Rogers was a legendary country music singer and performer known for his smooth voice, stylish wardrobe, and iconic look. If you’re a fan of Kenny Rogers and want to pay homage to him by putting together a Kenny Rogers costume, you’ve come to the right place! In this guide, we’ll give you all the tips and tricks you need to create the perfect Kenny Rogers costume, from head to toe.

Whether you’re dressing up for a themed event, a concert, or just for fun, we’ll help you channel your inner Kenny and put together a costume that will have you looking and feeling like a true country star. So, grab your cowboy hat and let’s get started!

Kenny Rogers was an American singer, songwriter, actor, record producer, and entrepreneur. He is best known for his country music, which spanned multiple decades and included hit songs such as “The Gambler,” “Lucille,” “Lady,” and “Islands in the Stream,” a duet with Dolly Parton. He sold over 100 million records worldwide during his career, making him one of the best-selling music artists of all time. He was also known for his acting, including roles in films such as “Six Pack” and “Coward of the County.” Rogers passed away in March 2020. 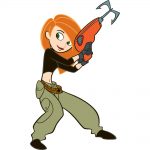 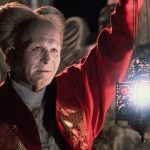