Patrick Bateman is the main character in the novel American Psycho by Bret Easton Ellis, which was published in 1991. He is a wealthy, young investment banker living in New York City during the 1980s. On the surface, Bateman is a successful and attractive man, but beneath that veneer, he is a psychopathic serial killer.

Throughout the novel, Bateman describes in graphic detail the murders he commits, often targeting women and homeless people. He is also fixated on his own appearance and the material possessions of those around him. As the novel progresses, Bateman’s mental state deteriorates and he becomes increasingly paranoid and delusional.

The novel was met with controversy upon its release due to its graphic violence and sexual content. However, it has since become a cult classic and is considered a commentary on the excesses and superficiality of the 1980s yuppie culture.

In 2000, a movie adaptation of the novel was released, directed by Mary Harron and starred Christian Bale as Patrick Bateman. The movie garnered critical praise and Bale’s portrayal of Bateman was highly acclaimed, with some critics describing it as “creepy” and “chilling”.

The character of Patrick Bateman has become iconic, often used as a symbol for the emptiness and superficiality of the wealthy, and for the darkness hidden beneath the surface of a seemingly normal person. 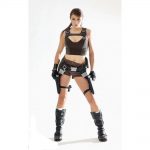 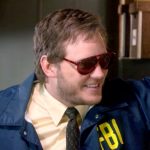