Are you a fan of the popular Mexican telenovela, Rebelde? If so, you’ll love this guide to making your own male and female Rebelde costumes.

With a little bit of creativity and some basic crafting skills, you can easily transform into a character from the hit show for Halloween or a costume party. In this article, we’ll walk you through the steps to create both a male and female Rebelde costume, including how to choose the right clothes and accessories, style your hair, and apply the perfect makeup. So get ready to rock out with your Rebelde style!

Here is a guide and the clothing you need to dress like a female Rebelde character.

Here is a guide and the clothing you need to dress like a male Rebelde character.

Rebelde is a Mexican telenovela produced by Televisa. It is a remake of a Argentine telenovela titled “Rebelde Way”. The story follows a group of teenagers attending a prestigious boarding school, called Elite Way School. The show explores the relationships, friendships, and conflicts between the students, as well as their personal and individual struggles. The show was popular in many countries and spawned several spin-off series, including a successful Mexican band called RBD, which was formed by the main cast members of the show. The show aired from 2004 to 2006 and was broadcast in over a hundred countries around the world. 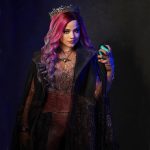 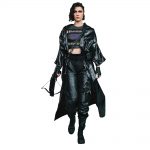