Welcome to our guide on how to make a Shrek costume from the beloved animated film series! This guide will provide you with step-by-step instructions and helpful tips on creating your own Shrek costume to wear for Halloween or for a themed party.

Whether you’re a beginner or an experienced crafter, this guide is designed to make the process as easy and fun as possible. So, gather your supplies and let’s get started on creating your very own Shrek costume!

Shrek is a 2001 American computer-animated fantasy film produced by DreamWorks Animation. It is based on the 1990 picture book of the same name by William Steig. The film tells the story of an ogre named Shrek, who is forced by the evil Lord Farquaad to rescue Princess Fiona from a castle so that Farquaad can marry her and become king. Along the way, Shrek and Fiona develop feelings for each other, but there is a twist: Fiona is cursed and turns into an ogre at night. The film is directed by Andrew Adamson and Vicky Jenson, and features the voices of Mike Myers, Eddie Murphy, and Cameron Diaz. Shrek was a commercial and critical success, grossing over $484 million worldwide and receiving an Academy Award for Best Animated Feature. It was followed by three sequels, Shrek 2 (2004), Shrek the Third (2007) and Shrek Forever After (2010) and a spin-off film Puss in Boots (2011) and a prequel, Shrek 5 which is planned to release in 2022. The franchise also includes various TV shows, video games, and merchandise. 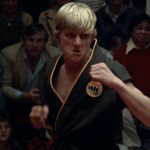 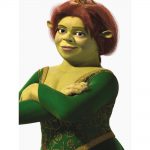