Are you a fan of the wacky and eccentric pet detective, Ace Ventura? Want to show your love for the character by creating your own costume? Look no further! In this guide, we will provide you with all the information and tips you need to make your very own Ace Ventura costume.

From selecting the perfect materials to putting together the final look, we will walk you through the process step-by-step. Whether you’re attending a Halloween party, a cosplay event, or just dressing up for fun, this guide will help you create a costume that is both accurate and comfortable to wear. So grab your materials and let’s get started on making the ultimate Ace Ventura costume!

Ace Ventura: Pet Detective is a 1994 American comedy film directed by Tom Shadyac Jr. and starring Jim Carrey. The film follows the character of Ace Ventura, a wacky and eccentric pet detective, who is hired to find the missing mascot of the Miami Dolphins football team.

Ace Ventura is a eccentric, comedic and over-the-top character who has a unique approach to detective work. He is a pet detective who is known for his unorthodox methods and his ability to communicate with animals. He is also known for his wild and zany sense of humor, physical comedy and his ability to get into and out of tricky situations. He’s a private investigator that specializes in locating missing animals, in particular exotic and rare ones.

The film was a commercial success and has since become a cult classic. Jim Carrey’s portrayal of Ace Ventura was widely praised by critics and audiences, and the character has become one of Carrey’s most iconic roles. The film’s success led to a sequel, Ace Ventura: When Nature Calls (1995) and a spin-off series. The character of Ace Ventura has become a pop culture icon, known for his catchphrases, his comedic antics and his eccentricity. 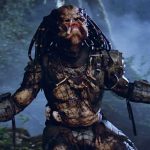 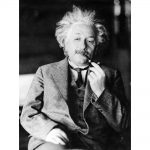