Are you ready to channel your inner genius and transform into one of the most iconic scientists of all time? Look no further, because in this guide, we’re going to show you how to make a costume that will have you looking just like Albert Einstein! From the wild hair, to the lab coat, we’ll cover all the details to make sure your costume is spot-on and accurate.

Whether you’re a science buff or just looking for a unique and recognizable costume, this guide is perfect for you. So grab your glue gun, your cardboard, and let’s get started on creating an Albert Einstein costume that will blow everyone’s mind!

Albert Einstein was a German-born physicist who is widely considered one of the most influential scientists of the 20th century. He is best known for his theory of general relativity, which revolutionized our understanding of gravity and the structure of the universe, and for his famous equation, E=mc², which showed that energy and matter are interchangeable.

Einstein was born in 1879 in Ulm, Germany and showed an early aptitude for mathematics and physics. He studied at the Polytechnic School in Zurich, Switzerland, and later at the University of Zurich, where he graduated in 1900. He then worked as a patent clerk in Bern, Switzerland while he continued to work on his theories in his spare time.

In 1905, Einstein published a series of papers that laid the foundation for modern physics. These papers included his theory of special relativity, which explained how the laws of physics change at high speeds, and his famous equation, E=mc². In 1915, he published his theory of general relativity, which explained how gravity works by warping the fabric of spacetime.

Einstein’s work was groundbreaking, and it laid the foundation for many of the technological advancements of the 20th century, including the development of the atomic bomb. He was awarded the Nobel Prize in Physics in 1921 for his contributions to the field.

During World War II, Einstein left Germany and immigrated to the United States. He accepted a position at Princeton University, where he spent the remainder of his career. He continued to work on his theories and also made important contributions to the field of quantum mechanics.

Einstein died in 1955 at the age of 76. His death was a loss not only to the scientific community but also to the world at large. His contributions to science and his dedication to peace and civil rights continue to inspire people today. His name has become synonymous with genius and his work continues to be studied and debated by scientists and non-scientists alike.

Einstein’s work in physics, specifically his theory of general relativity, has been confirmed through various experiments and today it is the foundation of modern cosmology and our understanding of the universe. His work in physics and his ideas have also been extended to other fields such as chemistry and computer science.

Einstein’s impact on science and society is undeniable, and his legacy continues to inspire new discoveries and advancements in various fields. His name is synonymous with brilliance and his work continues to be studied and debated by scientists and non-scientists alike. 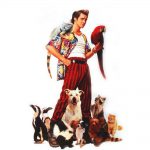 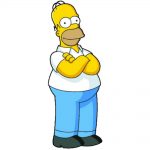