Get ready to bring some Texas-size cheer to your next costume party with a homemade Dallas Cowboys Cheerleader Costume. The Dallas Cowboys Cheerleaders, also known as the DCC, are one of the most iconic and recognizable cheerleading squads in the world. Known for their iconic look, the DCC are a staple of American culture and have been featured in numerous TV shows, movies, and calendars.

You don’t have to be an expert with a needle and thread to create your own DCC costume, this guide will show you how to put together a look that will have you ready to perform at the next Cowboys game, no sewing required.

The Dallas Cowboys Cheerleaders, also known as the “DCC,” are a professional cheerleading squad that performs at home games for the Dallas Cowboys, a professional American football team in the National Football League (NFL). The DCC was formed in 1972, and since then, the squad has become one of the most recognizable cheerleading teams in the world. The DCC has been featured in various TV shows and movies, and have also released multiple calendars and books.

The DCC are known for their iconic look, which typically includes a white cowboys hat, a blue and white cheerleading uniform, and white boots. The squad also frequently performs in elaborate dance routines, incorporating a variety of dance styles, including hip-hop, contemporary, and jazz. The DCC is also known for their commitment to fitness and healthy living, and many of the cheerleaders are accomplished dancers, gymnasts, and athletes.

The DCC is an iconic American cultural symbol, and it is one of the most recognizable cheerleading teams in the world. Many young women aspire to become a DCC cheerleader, as they are considered to be some of the best in the world. The organization is also considered a role model of athleticism and team work and also seen as being a benchmark of American culture. 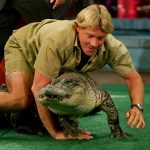 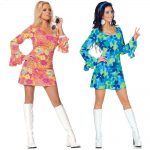