Step back in time and become the ultimate sixties homemade go-go dancer costume ! The 1960s were a decade of change, revolution, and disco fever, and what better way to celebrate this era than by channeling the energy and style of a go-go dancer.

With a few key pieces and some clever styling, you can create your own costume that will have everyone grooving to the beat. No need to be an expert in sewing, this guide will show you how to put together a go-go dancer costume using materials that can easily be found at home or at a craft store. So, grab your platform shoes, and let’s get started on creating a costume that is ready to shake it on the dance floor!

Go-go dancing is a form of dance that originated in the 1960s in the United States, characterized by its energetic, frenetic movements and its use as a form of entertainment in discotheques and nightclubs. Go-go dancers are performers who typically wear revealing clothing and dance on a raised platform or in a cage in front of a live band or DJ. They are known for their high-energy and acrobatic dance moves and are often considered as a staple of the disco era.

Go-go dancing became popular in the mid-1960s as a part of the counterculture movement, particularly in the gay and African American communities. The dance itself was seen as a symbol of freedom and self-expression. However, the popularity of Go-go dancers began to decline by the end of the 1960s, but it saw resurgence in the 1980s and today some versions are still seen in live performances and concerts. 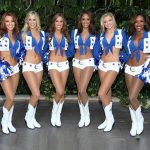 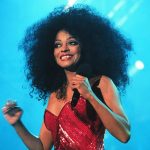