Are you ready to become the life of the party and channel your inner beer-loving, donut-devouring dad? Look no further than this guide on how to make a Homer Simpson costume! Homer, the patriarch of the Simpson family, is known for his love of beer, donuts, and his catchphrase “D’oh!” With this guide, we will make it easy and fun for you to create a Homer Simpson costume that will have you ready to enjoy some Duff Beer and donuts.

Whether you’re dressing up for Halloween, a cosplay event, or just for fun, this guide will walk you through the process of putting together a Homer Simpson costume that’s sure to impress. So grab your beer, donuts and let’s get started on creating the ultimate Homer Simpson costume!

Homer Simpson is a fictional character from the popular American animated television series, “The Simpsons.” He is the husband of Marge Simpson and the father of Bart, Lisa, and Maggie. Homer is known for his lazy, bumbling, and often clueless personality, as well as his love of beer and doughnuts. He is a safety inspector at the Springfield Nuclear Power Plant, where he often falls asleep on the job and causes various mishaps and disasters. Homer is also known for his love of his family, despite his often foolish and irresponsible behavior. He is also known for his love of his friends, his love for the town and the community, and his sense of humor. He is also known for his daily struggles with the trials and tribulations of everyday life, but always manages to find a way to make the best of it. He is considered one of the most iconic and recognizable characters in the world of television. 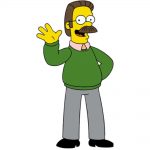