Are you a Star Wars fan looking to create your own Jawa costume? The Jawas are a unique and memorable species from the Star Wars universe, known for their hooded robes and scavenger lifestyle on the desert planet of Tatooine. Creating a Jawa costume is a fun and creative project that will allow you to bring this iconic character to life.

To make a Jawa costume, you will need to focus on replicating the key elements of their appearance, including the hooded robe, breathing mask, and goggles. With some basic crafting skills and a few key materials, you can create a Jawa costume that is sure to impress. In this guide, we will walk you through the process of creating your own Jawa costume, from sourcing materials to putting the finishing touches on your look.

Jawas are a fictional species from the Star Wars franchise. They first appeared in the 1977 film “Star Wars: Episode IV – A New Hope.” They are small, hooded humanoids that live on the desert planet of Tatooine. They are known for their distinctive garb, which includes a hooded robe and a breathing mask to protect them from the harsh desert environment.

Jawas are scavengers and traders, traveling the desert in sandcrawlers, large mobile fortresses that serve as their homes and transport. They collect scrap and discarded technology, which they then sell or trade to moisture farmers and other settlers on Tatooine. They are also known for capturing droids, which they then sell to the highest bidder.

In the Star Wars films and other media, Jawas are often portrayed as a timid and reclusive species, but they are also cunning and resourceful. They have a distinctive language and culture, which includes a love of bartering and haggling. They are also known for their skill in repairing and reprogramming droids. 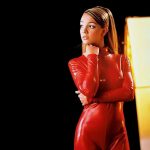 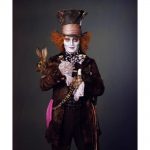