If you are a couple looking for an awesome costume idea why not consider making your own Mr and Mrs Smith costume. This is an excellent costume idea that works well as a fancy dress costume or a halloween costume.

In Mr. and Mrs. Smith, John and Jane Smith (Brad Pitt and Angelina Jolie) have been married for several years, but their marriage has become stale and they are on the verge of a divorce. Unknown to each other, both John and Jane are skilled assassins working for rival organizations. When they are both assigned to kill the same target, they discover each other’s true identities and are shocked to find out that they are both in the same line of work.

As they fight against each other and their respective organizations, the Smiths must also confront the issues in their marriage and decide whether they want to continue living as assassins or if they want to try and have a normal life together. The film features fast-paced action and thrilling fight scenes, as well as comedic moments and a romantic storyline. Mr. and Mrs. Smith was a box office hit and received mostly positive reviews from critics. 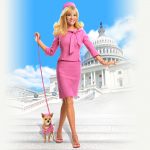 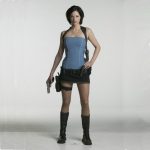