Welcome to our guide on how to make a homemade Mr Bean costume! Mr Bean is a beloved character from the British sitcom of the same name, known for his eccentric and childlike behavior, as well as his signature tweed jacket and skinny red tie.

If you’re a fan of the show and looking to dress up as Mr Bean for a party or event, this guide will show you how to create your own costume using simple and affordable materials.

Mr. Bean is a British sitcom television series created by and starring Rowan Atkinson as the title character. The series follows the comedic misadventures of an eccentric and childlike man named Mr. Bean, who is almost always seen in his signature tweed jacket and skinny red tie. The show first premiered in January 1990 and ran for 15 episodes over five series, ending in 1995.

The show’s humor is based on Mr. Bean’s constant attempts to solve everyday problems, often with unexpected and humorous results. The character’s childlike behavior and lack of social skills often leads to comical misunderstandings and mishaps. The show is also known for its slapstick and visual comedy, as well as its use of silence and pantomime.

In addition to the television series, Mr. Bean has also appeared in a number of feature films, including “Bean” and “Mr. Bean’s Holiday.” The character has also been adapted for stage productions, and is popular in other media such as comic books and video games. The show has been praised for its humor and Atkinson’s performance as Mr. Bean, and has a cult following internationally. 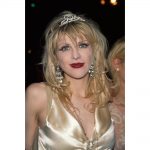 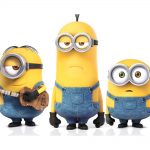