Are you a fan of the classic comedy film, Mrs. Doubtfire? Want to bring the beloved character to life for Halloween or a themed party? Look no further! This guide will walk you through the process of creating your very own Mrs. Doubtfire costume.

Mrs. Doubtfire is a 1993 American comedy-drama film directed by Chris Columbus and starring Robin Williams, Sally Field, and Pierce Brosnan. The film is based on the novel “Alias Madame Doubtfire” by Anne Fine.

The story follows Daniel Hillard (played by Robin Williams), a struggling actor who, after a bitter divorce and losing custody of his children, disguises himself as a female housekeeper named Mrs. Doubtfire in order to be able to spend time with them. As Mrs. Doubtfire, Daniel is able to reconnect with his children and be a part of their lives again, but he must keep his true identity a secret from his ex-wife and her new husband.

Throughout the movie, he faces many challenges and comical situations as he tries to balance his work as a father and as a housekeeper, including a high-stakes dinner party and a near discovery by his ex-wife.

The film was a critical and commercial success, grossing over $441 million worldwide and received positive reviews for Robin Williams’ performance, the film’s humor and its family-friendly themes of love, acceptance and the importance of family. The film was also nominated for several awards and won an Academy Award for Best Makeup. It’s considered a classic of the 90s and still holds a special place in the hearts of many people. 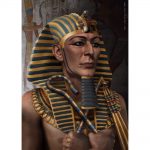 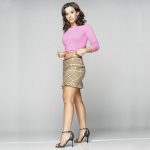