Are you ready to channel your inner Madonna and become the ultimate “Material Girl” at your next costume party? Creating your own homemade DIY Madonna Like a Virgin costume is a fun and unique way to pay homage to one of the most iconic pop stars of all time.

With a little bit of creativity and a few basic materials, you can put together a costume that will have everyone talking. In this guide, we will walk you through the process of creating your own homemade Madonna Like a Virgin costume, from gathering materials to putting the finishing touches on your look. So, grab your lace and tulle, and let’s get started on creating the ultimate Madonna costume!

“Like a Virgin” is a song by American singer Madonna, released as the title track of her second studio album in 1984. The song was written by Billy Steinberg and Tom Kelly, and produced by Nile Rodgers. The song is a dance-pop and post-disco track and its lyrics deal with themes of love and relationships.

The song was released as the album’s lead single and reached number one on the Billboard Hot 100 in the United States, becoming Madonna’s first number-one single on the chart. It also reached number one in Canada and the top 10 in several other countries, including Australia, the UK, and Italy.

The song’s music video, directed by Mary Lambert, features Madonna in a wedding dress and tuxedo-clad dancers. The video was controversial at the time of its release due to its depiction of a bride and its use of religious imagery. 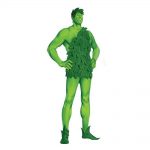 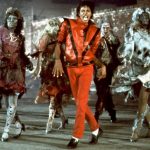