Welcome to our tutorial on how to make a homemade DIY Tommy Vercetti costume and cosplay from the popular video game Grand Theft Auto: Vice City! Tommy Vercetti is a beloved and iconic character known for his tough-guy attitude, sharp style, and criminal mastermind ways. If you’re a fan of the game and want to bring Tommy to life for a costume party, cosplay event, or just for fun, this tutorial is for you.

Whether you want to go all out and create an exact replica of Tommy’s iconic outfit or simply want to incorporate some of his signature elements into your own style, we’ve got you covered. So grab your clothing and let’s get started on creating the ultimate Tommy Vercetti costume!

In the game, Tommy is a former member of the Forelli crime family who is released from prison after serving 15 years for a crime he didn’t commit. He is sent to Vice City, a fictional city based on Miami, to work for the Forelli family and establish their control over the city’s drug trade. However, things don’t go as planned and Tommy becomes embroiled in a series of criminal activities and violent conflicts as he tries to build his own criminal empire.

Tommy is portrayed as a tough and ruthless character with a strong sense of loyalty and a willingness to do whatever it takes to get what he wants. He is known for his distinctive appearance, including a slicked-back hairstyle, a sharp blue suit, and a gold watch. Throughout the game, players control Tommy as he completes missions, steals vehicles, and fights against rival gang members and law enforcement.

Grand Theft Auto: Vice City was released in 2002 and has become a classic and influential game in the Grand Theft Auto series. Tommy Vercetti has been well-received by players and critics alike and is considered one of the most memorable and iconic characters in the series. 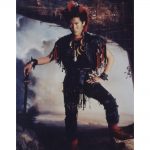 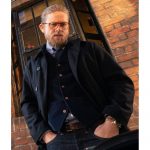